A WORLD OF COOKIES FOR SANTA was honored with gold medals by 2019 American Bookfest and the 2019 Moonbeam Children's Book Awards!

Find out about my upcoming book releases and bookstore signing events on my Facebook page.

Recommend this page on:

Question: Why are the countries in the book in that order?

Question: Why are Alaska and Hawaii after Canada in the book, and not in the U.S. pages? 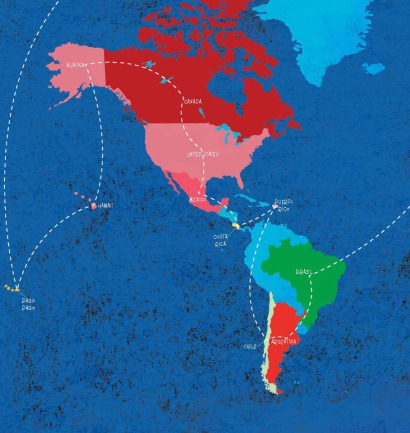